The 14 Most Infamous Storms on the North Shore

The North Shore is no stranger to storms. From hurricanes to snow storms, this area has suffered a lot of damage and even deaths due to intense weather. In fact, the area is so stormy that it even has its own iconic storm—the nor’easter. Featuring cyclonic winds that blow in from the northeast, these storms often include rain or snow leading to flooding, and they sometimes overlap with blizzards, hurricanes, and cyclones. Curious about the biggest storms in the area? Here’s a look at 13 of the most infamous ones. 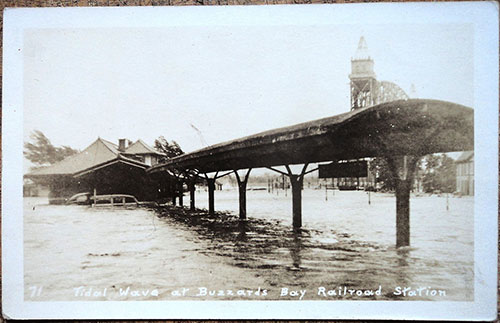 With 138 mph gusts, this Category 3 hurricane was arguably the worst storm to ever hit New England. Dubbed the “Long Island Express”, this storm led to 564 deaths and 1,700 injuries, while also destroying 9,000 homes and businesses and damaging an additional 15,000 structures. It’s no wonder people are still talking about it. 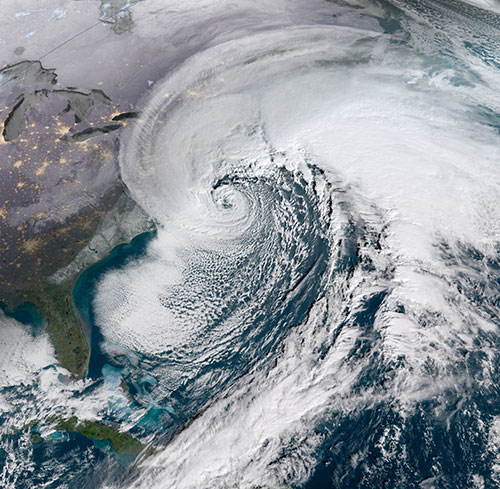 This recent storm from January 2018 featured 75 mph winds, and it brought over a foot of snow to Boston, close to 20 inches to the eastern part of the state, and well over two feet to other parts of New England. However, the reason this storm takes such a high spot on the list is because the storm surge coupled with astronomical high tides created waves that the area hadn’t seen in nearly 80 years since the Great Hurricane of ‘38.

In Boston, high tide hit 15.1 feet, matching the record set in the Blizzard of ’78. These intensely wet conditions flooded many homes and businesses throughout Boston, Scituate, and Revere as well as many other areas. Woodman’s of Essex, a 100-year-old institution known for its lobster and clambakes, was hit especially hard. 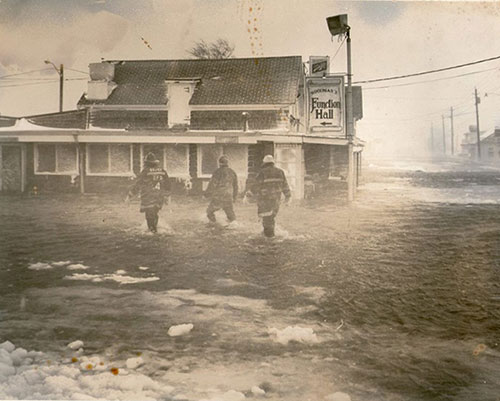 Ice and flooding at Woodman’s of Essex 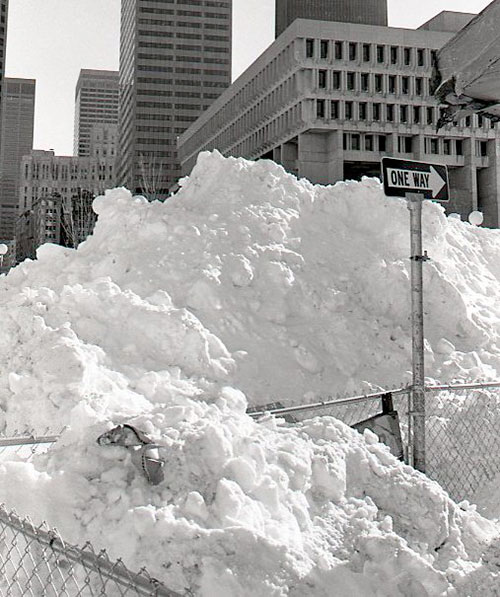 In February 1978, this storm brought 27.1 inches of snow to Boston. Unfortunately, it didn’t just bring in snowball fights and sledding; it also brought $500 million in property damage to Massachusetts, caused the death of 73 people, and injured 4,324 people. Although it happened nearly 40 years ago, this storm is still a popular topic of conversation in the northeast, especially for the people who lived through it. 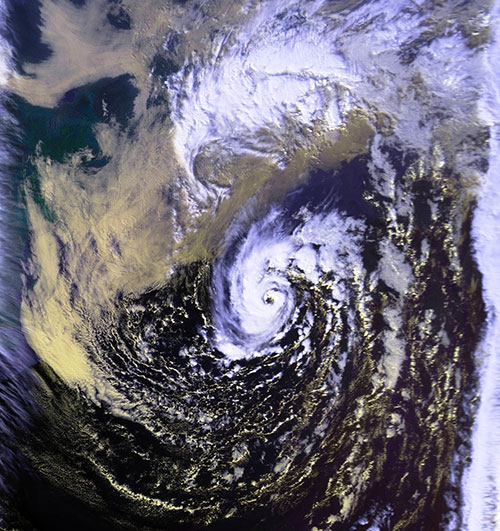 Spawning a bestselling book and a film by the same name, this 1991 nor’easter is also called the Halloween Storm or the No-Name Storm. A riotous convergence of multiple weather systems, this storm was created when a nor’easter gripped Hurricane Grace near the end of her cycle. That combination evolved into a powerful hurricane that hit a ridge in Canada and blew back into the northeast as a cyclone.

This Perfect Storm caused 30-foot waves from Florida to Canada, and out at sea, it wrecked the Andrea Gail, sinking the ship and causing the death of the six crew members on board. However, the storm hit Massachusetts the hardest with 80-foot waves that destroyed over 100 homes and lead to extensive flooding throughout the area. For its final chapter, the storm moved to the southwest, where it turned into a subtropical cyclone and eventually into a tropical storm. 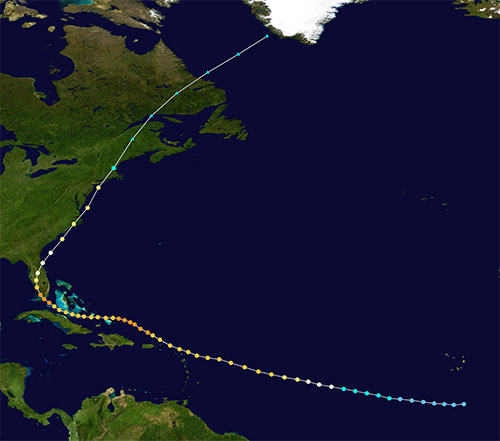 Map plotting the track and intensity of the storm, according to the Saffir–Simpson scale

In 1960, Hurricane Donna started as a tropical wave in Africa. Then, she traveled over the ocean, ripped through the Antilles, and hit every state on the East Coast. Although the most damage was done to Florida, the storm caused lots of structural damage in Massachusetts as well as many other areas.

Gusts recorded at Blue Hill Observatory in Massachusetts were measured at 135 mph, while gusts at the New Bedford Airport hit 110 mph in a sheltered area. Overall, the storm’s highest winds were 160 mph. Donna roamed the area for 17 days, and this storm still holds the longest record for maintaining major hurricane status in the Atlantic basin—nine days.

This storm covered Boston to Washington DC with massive amounts of snow. That caused the closure of most airports in the area, and the weight of the snow also damaged a number of historical structures. In fact, it snowed for two days solid in Boston. As a result, this February storm surpassed the snowfall record set in the Blizzard of ’78 and created an all-time snowfall record for the city with 27.6 inches of snow. 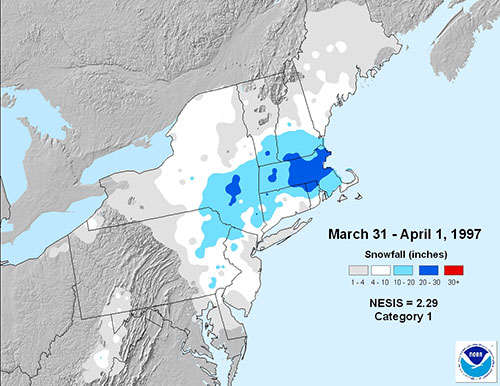 At first, many thought the weather reports were an April Fool’s Day joke, and even after the snow fell, many people continued to refer to this storm a prank from Mother Nature. It was so late in the season that stores weren’t selling shovels and the cities had put away their snow plows for the spring.

However, after two feet of snow accumulated, these essentials were brought back out. The Massachusetts Governor was not joking when he declared a state of emergency, and hundreds of thousands of people probably didn’t find it funny at all when they lost power. 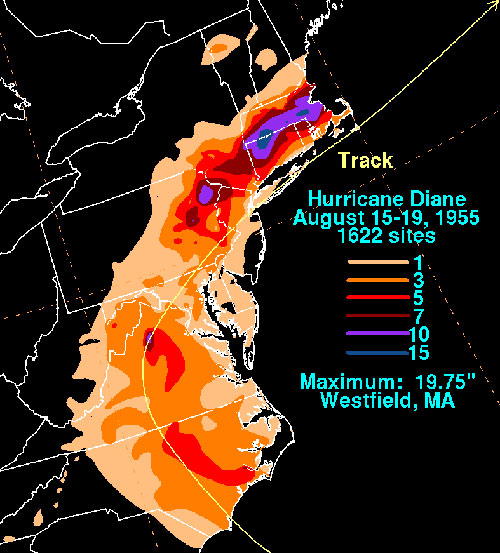 Hurricane Diane brought 19.75 inches of rain to Massachusetts, and that won this storm the award of “wettest storm” to ever hit the state. Tragically, Diane also caused 77 deaths and $110 million in damage in Massachusetts. 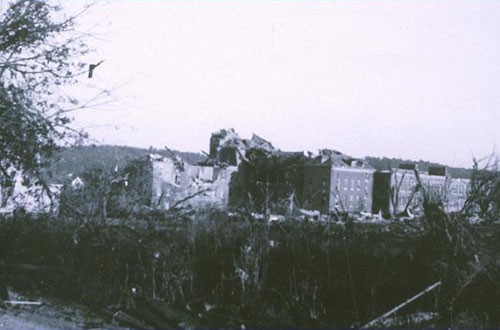 Although Massachusetts is far from tornado alley, this area has also experienced some deadly tornadoes in additional to the usual line up of blizzards and hurricanes. The worst tornado to ever hit the area was in 1953. The storm caused $52 million in damage and killed 94 people while injuring an additional 1,000. Whipping across nearly 50 miles of Central Massachusetts, this tornado was on the ground for an hour and a half, and it was part of a cluster of storms that hit the area over a three-day period. 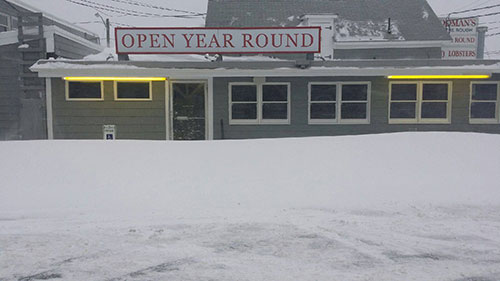 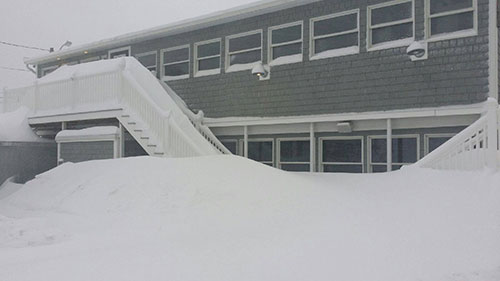 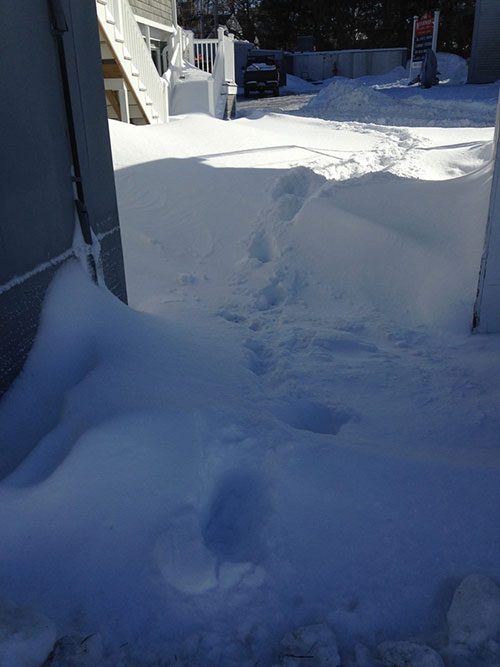 Snowfall at Woodman’s of Essex 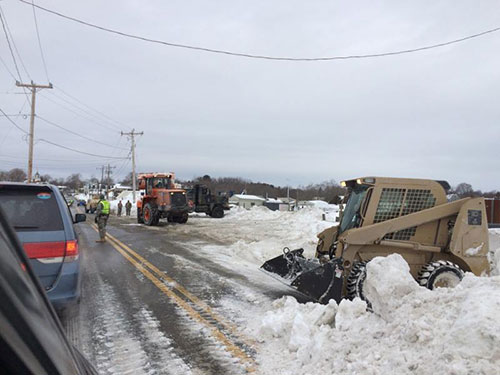 In January 2015, another blizzard struck the area. It brought snow rivaling the April Fool’s Day snowstorm to Boston, but in nearby Worcester, the snow hit a local record with nearly three feet (34.5 inches) of snow. Flooding also abounded in the area. 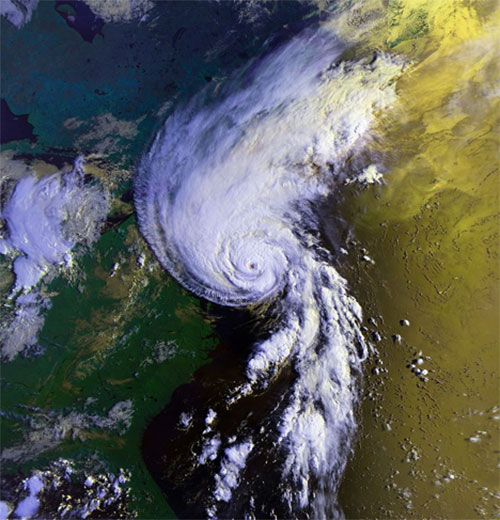 In August 1991, just a few months before the perfect storm, Hurricane Bob made landfall in Massachusetts. This Category 2 hurricane included 115 mph winds and caused 15-feet waves in Buzzards Bay. It also lead to 50-feet of beach erosion in Nantucket and Martha’s Vineyard.

In 2014, a microburst hit Massachusetts with winds up to 100 mph. What’s a microburst? It’s a storm that moves like a tornado but in the opposite direction. Technically, it’s an intense and powerful thunderstorm less than 2.5 miles long that has the power to do a lot of damage along the earth’s surface and to aviation in the area.

For most, the storm was an uneventful affair that lead to wind damage and hail. However, 20,000 people in the region lost power, and two women were fatally struck by lightning while swimming at Crane Beach. 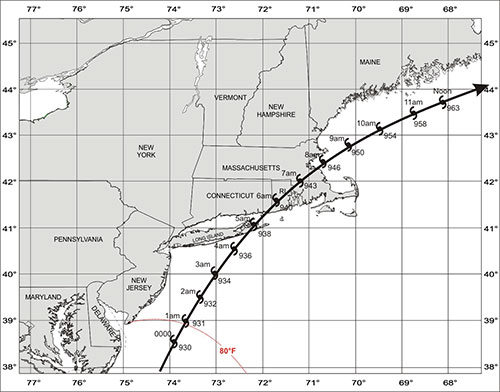 Map plotting the track and intensity of the storm, according to the Saffir–Simpson scale

In 1635, the eye of the great Colonial Hurricane passed through Boston and Plymouth. Considered to be America’s first recorded natural disaster, the storm brought in 115 mph winds and tides that were 14 feet higher than normal. At least 46 people deaths were recorded, but it’s likely that many more people perished in this storm, which also brought down trees and houses. There wasn’t another storm of this magnitude recorded in the area until 180 years later in 1815. 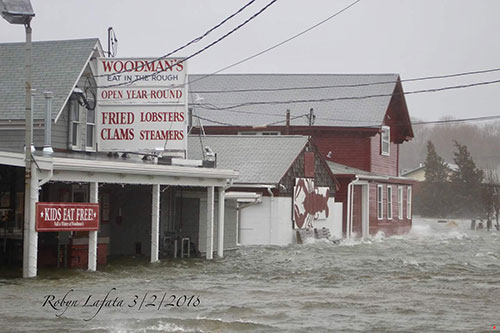 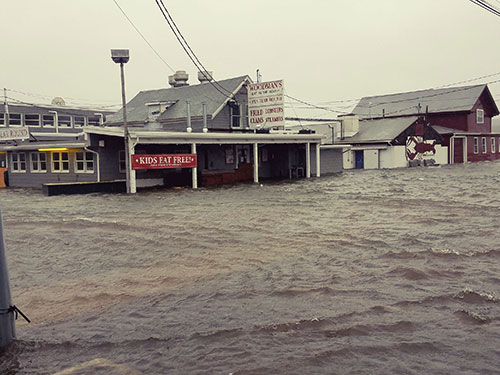 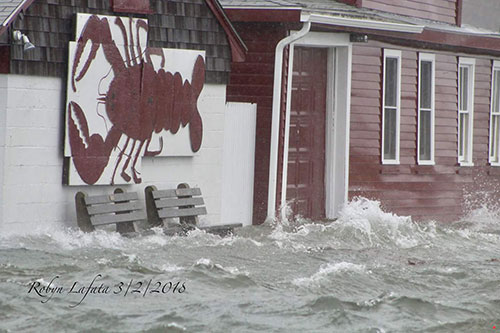 2018 brought another nor’easter to New England’s shores, the second in as many months, with high tide at Boston Harbor nearly breaking the 15’ record at 14.67’ and making the top 5 high tides of all time on March 3rd. Boston streets flooded, and businesses on the North Shore were heavily affected. Winds reached 60 mph and the Massachusetts Emergency Management Agency reported that statewide, approximately 160,000 residents lost power to their homes.

“An American Cult Classic – right up there with baseball and apple pie.”